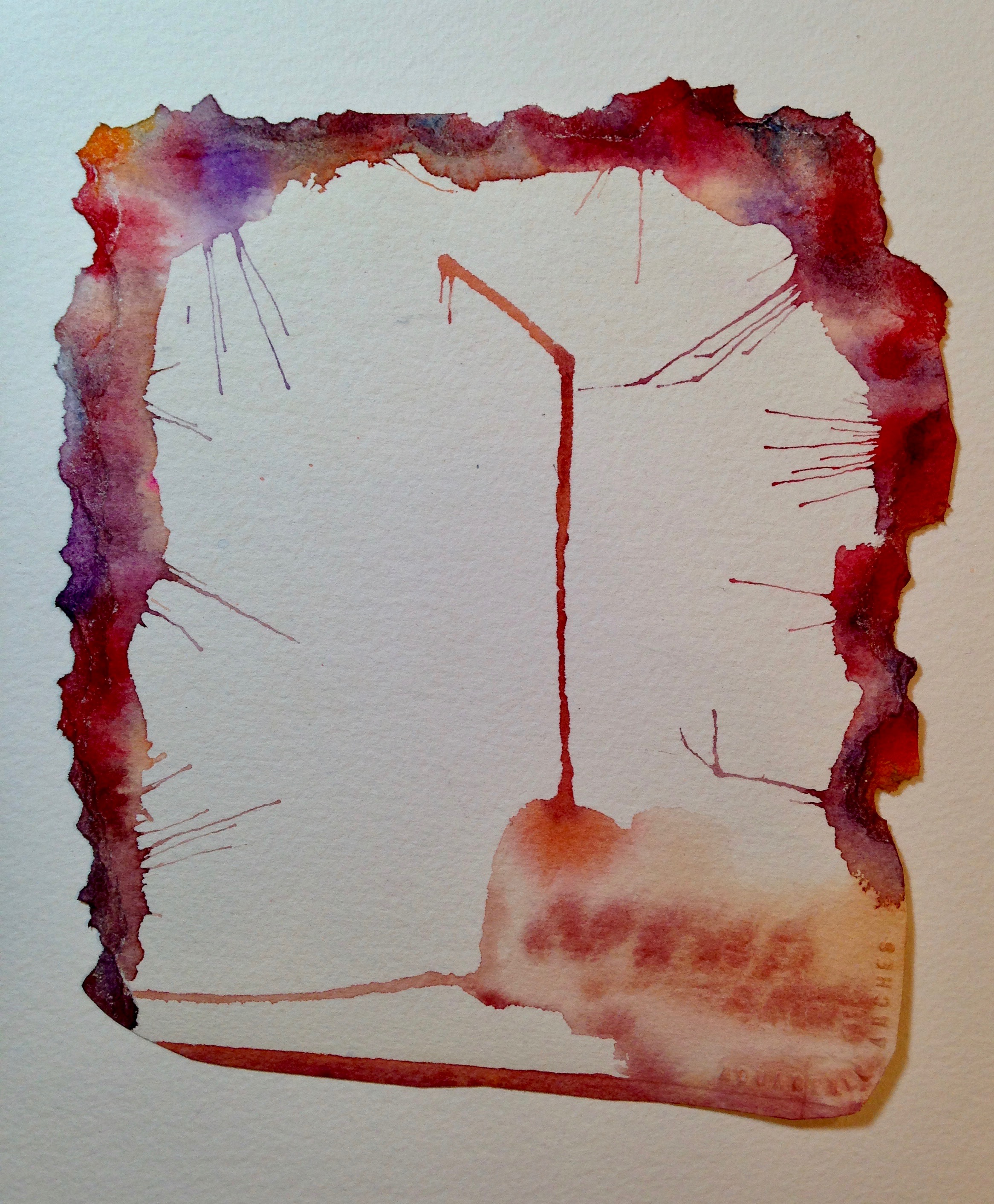 « Looking Across to the Liverpool Waterfront
The Tropic of Cadmium »

The "Derrick" is so called because its acknowledged inventor was Thomas Derrick an Elizabethan executioner who invented a system of pulleys and ropes to make the process of hanging people more certain in its intended aim.
The system was adopted as a way of lifting heavy loads on and off ships in the Elizabethan dockyards.
This picture includes a recognisable derrick shape but could either image reference the gallows or the derrick- harking towards the death of people or fishing industry interpret and see as you will........